When Caltech's earth sciences graduate students teach Long Beach high school students about their research, the grad students ground their work in issues that connect directly to the community. For example, Long Beach is home to the country's second-busiest container port, which means the Southern California city must contend with air pollution from the many cargo ships traveling in and out. Climate change and sea-level rise will also affect the coastal community dramatically.

"Whatever the research may be—sea-level change, aspects of climate change, renewable energy—it all feeds back into some aspect of their life in California," says Kitty Cahalan, outreach program manager for Caltech's Center for Teaching, Learning & Outreach (CTLO). In fall 2020, CTLO began coordinating a virtual monthly lecture series in partnership with the Urban Math Collaborative (UMC), a program within the Long Beach Unified School District to help students of color, especially Black males, succeed in STEM (science, technology, engineering, and mathematics).

UMC program director Terrence Bryant says the collaborative recruits students entering the ninth grade and follows them throughout high school, offering guidance and support focused on math tutoring, character and leadership development, and STEM skills. The program also seeks to connect its participants with the broader scientific community. For example, UMC has had a partnership in which students would stay on-campus at nearby California State University, Long Beach for an immersive boot camp in coding or intensive mathematics. Bryant hoped to establish a similar kind of collaboration with Caltech, but the COVID-19 pandemic prevented such in-person activities. In order to get the partnership underway, the Caltech graduate students began to give lectures in October via Zoom for the Long Beach students.

To Cahalan, focusing the series on the earth sciences was a natural fit. First, Caltech researchers in the field have a history of public outreach in areas such as seismology. Second, she says, the earth sciences is a research area looking to diversify and, specifically, to bring more people of color into the field, especially because researchers are trying to solve problems such as pollution and climate change that disproportionally affect communities of color. Yet many young students say they take earth science courses early in high school to get them out of the way and in order to devote more time to biology, chemistry, or physics. 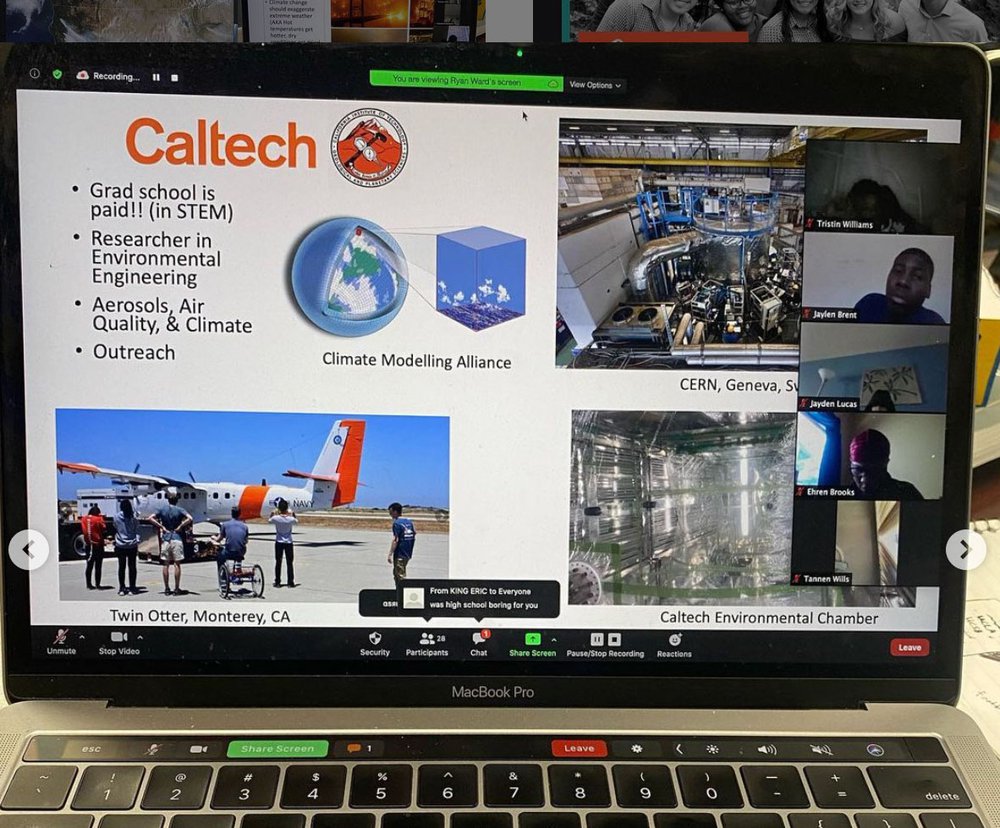 Notes from one of the Caltech Zoom lectures with the UMC Credit: Urban Math Collaborative
Image Lightbox 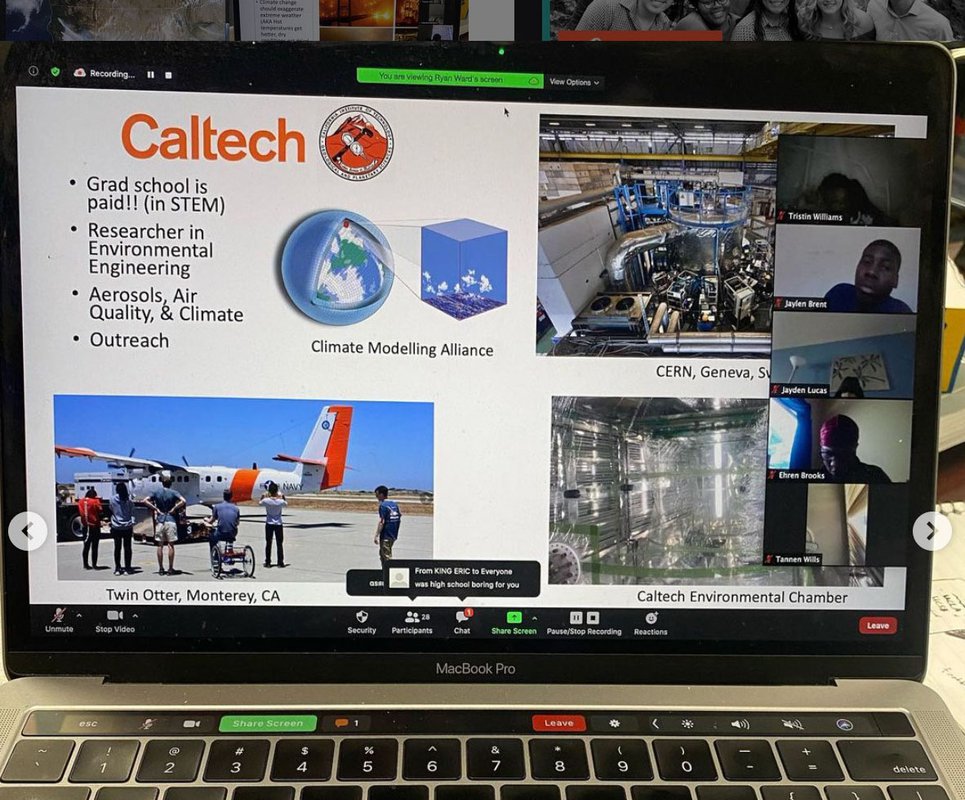 Notes from one of the Caltech Zoom lectures with the UMC
Credit: Urban Math Collaborative
Download Full Image

Elise Tookmanian, a graduate student in the lab of Dianne Newman, the Gordon M. Binder/Amgen Professor of Biology and Geobiology, presented the February lecture to the Long Beach students. She studies a kind of bacteria involved in a symbiotic relationship with legume plants such as soybeans but broadened her talk to explain how such microorganisms connect to larger issues of agriculture and sustainability.

"Sometimes you get so focused on exactly what you're researching, in my case these small bacteria, that you don't see the big picture," she says. "So I was talking about how climate change will affect agriculture, specifically with changes in rainfall. Eventually, we got into different ways that we can improve agriculture to be more resilient to climate change. One of those is to take care of the soil and the bacteria that live there."

The UMC's Michael Crowder-Jones looks forward to a day when Long Beach students can come to Caltech in person: This summer, several students from UMC will be participating in Caltech's Summer Research Connection program, where they will join teams of high school students and teachers doing remote research projects for labs campus wide. For now, he says, starting the Caltech partnership with a Zoom series has been a blessing in disguise. The remote aspect has allowed for frequent connections between Institute researchers and Long Beach students without the need for long commutes across Los Angeles County. He and Bryant emphasize the huge benefit of exposing their students not only to scientific subject matter but also to the culture of a science-focused university. "They weren't thinking of engineering or a STEM field before [this]," Crowder-Jones says. "It sparked the interest in something that they just didn't have access to or information on. I think that's the power of being exposed to a place like Caltech."

For example, Bryant says, one UMC student, after working with Caltech students and experts at places such as the Barboza Space Center in Long Beach, decided to focus on aerospace engineering in college. "We want to let our students know that yes, we can occupy spaces like Caltech, and yes, you can have global impacts in the world of science," Bryant says.