Inspired by Science Fiction and Symmetry

On February 4, Sylvester James "Jim" Gates, Jr., a theoretical physicist, author, teacher, and former Caltech postdoctoral scholar, gave a talk on campus about diversity, science-fiction inspirations, and his longtime passion for supersymmetry, a theory describing the fundamental workings of nature.

Gates is currently the Ford Foundation Professor of Physics at Brown University. He previously served on the President's Council of Advisors on Science and Technology, during Barack Obama's presidency, and, from 1984 to 2017, held faculty and director positions at the University of Maryland, College Park, where, in 1998, he became the first African American to hold an endowed chair in physics at a major university. He earned two bachelor's (mathematics and physics) and doctoral degrees in physics from MIT, and from 1980 to 1982, was a postdoctoral scholar in Caltech's Division of Physics, Mathematics and Astronomy (he was the division's first black postdoc). He also served as a visiting professor at Caltech from 2001 to 2002.

In his lecture, titled "From SyFy & Marvel to Superstring Theory, Evolution, & the CMB," Gates talked about his childhood and what inspired him to do science, namely science-fiction franchises like Star Trek as well as the movie Spaceways, which he described as personally inspiring at age four, even though the film is actually "terrible."

Gates attended a segregated high school in Florida, during an era when, he said, black kids were not permitted entry to colleges for science. "Even though I was dreaming at age 14 of going to MIT… I thought I would never have the opportunity," he said. Eventually, he realized his fate had turned around, explaining that "1969 was the first year that the majority of institutions started thinking it was okay for people like me to come and be students on their campuses."

During his talk, Gates stressed the value of diversity in science: "If you allow a diverse committee of people to engage in rigorous academic and intellectual study," he said, "some of them are going to be outliers in the views that they have. They are likely to generate unique solutions. It's not that they are necessarily smarter, it's just going to be different. And from this wide expanse of possible solutions, you have a better chance of solving problems. That's why diversity is important."

Shortly before coming to Caltech, Gates recalled, he applied to be a NASA astronaut. Although he did not get the job, that turned out to be a good thing because he instead secured a position at Caltech working in the same group as Nobel Laureates Richard Feynman and Murray Gell-Mann. His biggest supporter at Caltech was John Schwarz, the Harold Brown Professor of Theoretical Physics, Emeritus and a pioneer in supersymmetry, a foundation of modern string theory. The goal of string theory is to unite the microscopic quantum realm with the macroscopic world of gravity.

To this day, Gates is trying to answer the same questions posed by Schwarz and others regarding the fundamental fabric of space and time. He and colleague Michael Faux have developed graphical representations (which they dubbed "Adinkra," after the West African symbols) of the equations of supersymmetry. He and his colleagues are also studying the ways in which supersymmetry may have left imprints in the cosmic microwave background, or the leftover radiation from the Big Bang.

Gates is the author of several books, including, most recently, Proving Einstein Right: The Daring Expeditions that Changed How We Look at the Universe, with co-author Cathie Pelletier. 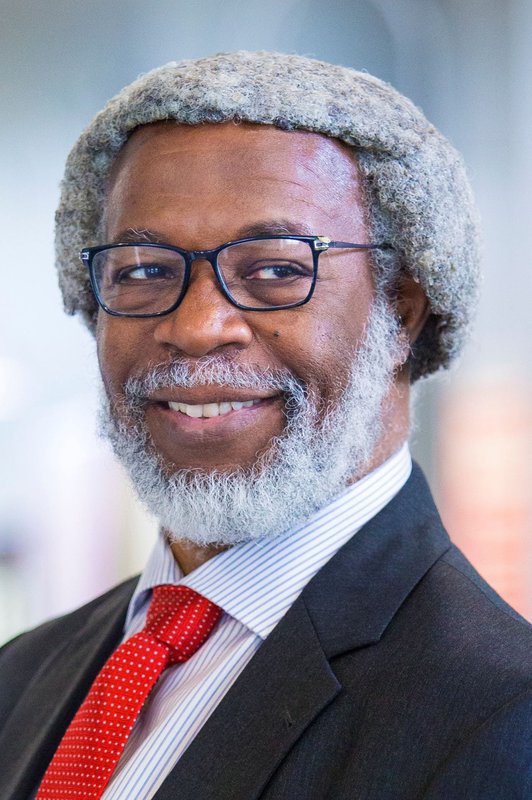