Nearly 200 undergraduates from more than 120 colleges and universities across the country joined Caltech for a virtual event that aimed to encourage students of color to pursue graduate studies in science and engineering.

Held on October 17, FUTURE Ignited was hosted by more than 70 faculty, staff, postdoc, and student volunteers from the divisions of Biology and Biological Engineering; Chemistry and Chemical Engineering; Engineering and Applied Science; Geological and Planetary Sciences; and Physics, Mathematics and Astronomy.

"I think it's important to show students that people who look like them, who grew up like them, and who faced the same struggles as they did can not only be accepted to a school like Caltech but can also thrive here," says Emma Sosa, a graduate student in geology. Sosa was among the current Caltech students who shared their experiences and offered advice to undergraduate attendees.

The FUTURE Ignited conference was modeled on the successful FUTURE of Physics initiative, piloted in 2018 with support from the Heising-Simons Foundation, to boost the number of women applying to Caltech's doctoral program in physics.

Over the summer, members of the Black Scientists and Engineers of Caltech (BSEC) and allied organizations called for FUTURE to be expanded as a means of providing prospective students of color an opportunity to engage with the Institute before applying.

"The main goal was to create a sense belonging for prospective students," says Dimitri Mawet, professor of astronomy and research scientist at the Jet Propulsion Laboratory (JPL), which Caltech manages for NASA. Mawet helped lead efforts to plan and coordinate the FUTURE Ignited program. "We wanted to show what Caltech has to offer in terms of scientific research and network building, but also to showcase support structures to help students succeed and create a feeling of community."

Volunteer Evan Nuñez, a graduate student in astronomy, says a program like FUTURE Ignited would have been valuable to him when he was an undergrad.

"Overall," he says, "I hope we gave students enough information to want to apply to any STEM PhD program in general but especially at Caltech."

Sergio Parra, a graduate student in geobiology, says he might not have considered Caltech for graduate school had he not completed undergraduate internships at JPL. He participated in FUTURE Ignited, in part, to help prospective students find opportunities they might not otherwise be aware of.

"My biggest hope is for programs like FUTURE Ignited to reach people who were once in my position of not knowing what opportunities are out there," Parra says. "I've made it a personal mission to be more present for others, especially racially minoritized students, so that people coming after me won't have to work as hard as I did to have the same opportunities."

FUTURE Ignited attendees were nominated to attend by faculty members at their home institutions. As part of the conference, participants took part in short science talks, "day-in-the-life" presentations from current graduate students, and panel discussions on topics such as how to navigate the graduate admissions process and how to build community in graduate school.

"I came away feeling hopeful that this event could make a difference," says Caltech physics professor David Hsieh, who helped coordinate the conference and who previously launched FUTURE of Physics. "We hoped to establish Caltech as a destination, not just for science but also as a place that celebrates diversity and recognizes the importance of diversity to advancing the scientific endeavor."

Moving forward, Hsieh says, he hopes FUTURE Ignited will become an in-person program. For now, he and other organizers say they were encouraged by the campuswide support that made the conference possible.

"I am extremely proud of how we came together as a campus to support these students in their trajectories to become incredible scientists," says Hanna Song, senior director for inclusion and diversity and another of the organizers behind the event.

As follow up, participating seniors have been invited to small group and one-on-one sessions where they can discuss graduate admissions in more detail. Participating juniors, meanwhile, have received information on other opportunities to explore Caltech, such as WAVE, a summer undergraduate research experience for historically underrepresented students.

"This is a step in the right direction," Parra says. "I hope to see more people like these, who we weren't otherwise reaching and whose backgrounds and identities and experiences will be monumental to helping Caltech become even better."

“Look for honest, open communications with prospective advisers and mentors, but also establish connections and relationships with other people on campus. They are going to be your support network, and they could be people outside of your lab who can help if you encounter difficulties.” —Sergio Parra, graduate student in geobiology 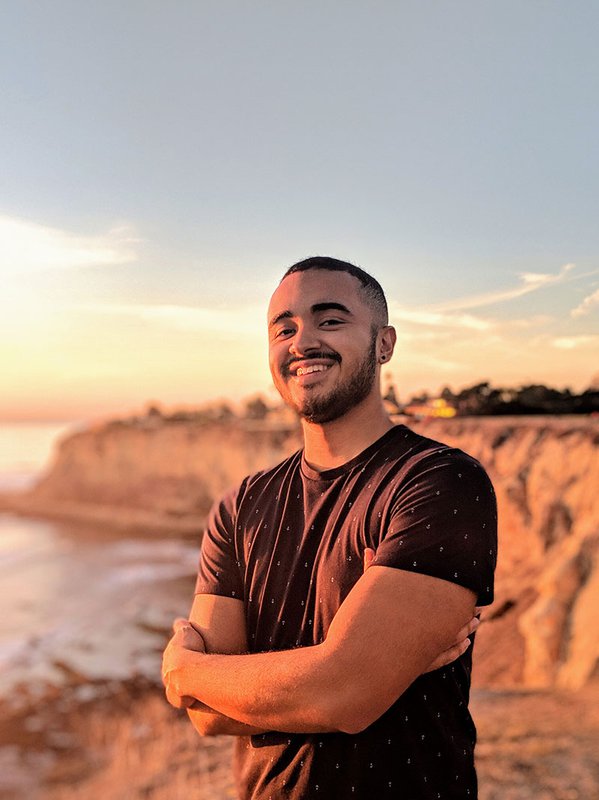 “It’s really important to find mentors in graduate school who are not only pursuing compelling research but who take an interest in your personal well-being and who you can talk openly with. Imposter syndrome can be debilitating if you keep those feelings bottled up inside of you. I have an adviser at Caltech who I can talk to when these feelings arise and who helps me work through them, and this makes all the difference.” —Emma Sosa, graduate student in geology 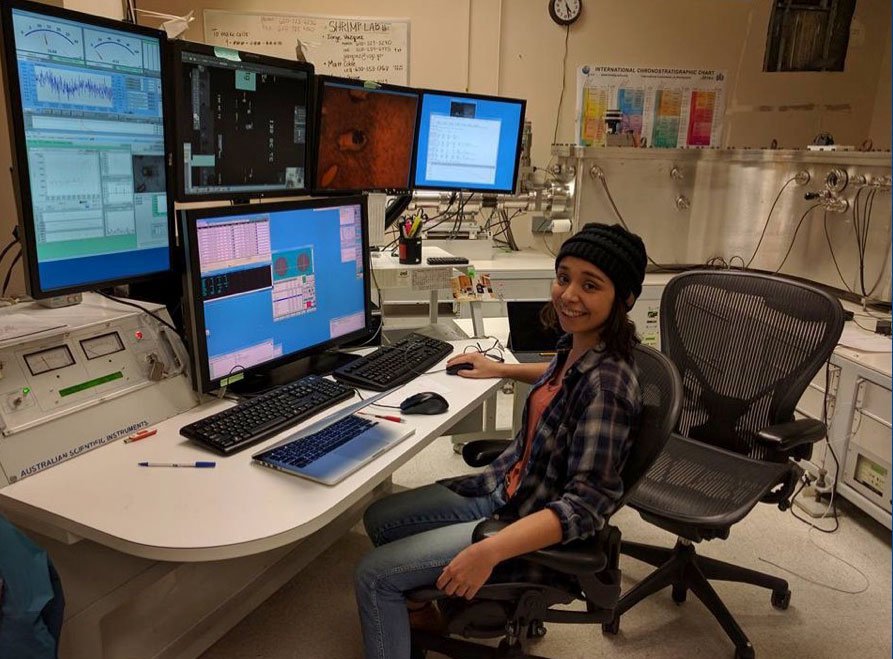 Emma Sosa, a graduate student in geology, offered advice to students of color who are considering graduate programs in science and engineering.
Download Full Image

“My main piece of advice to prospective students is to talk to multiple current grad students at the departments they are applying to. Talk to them about what the department culture is like, how their adviser relationships are, and why they chose their institution for grad school. This should tell as complete a story as one can get outside of actually being in the department.” —Evan Nuñez, graduate student in astronomy 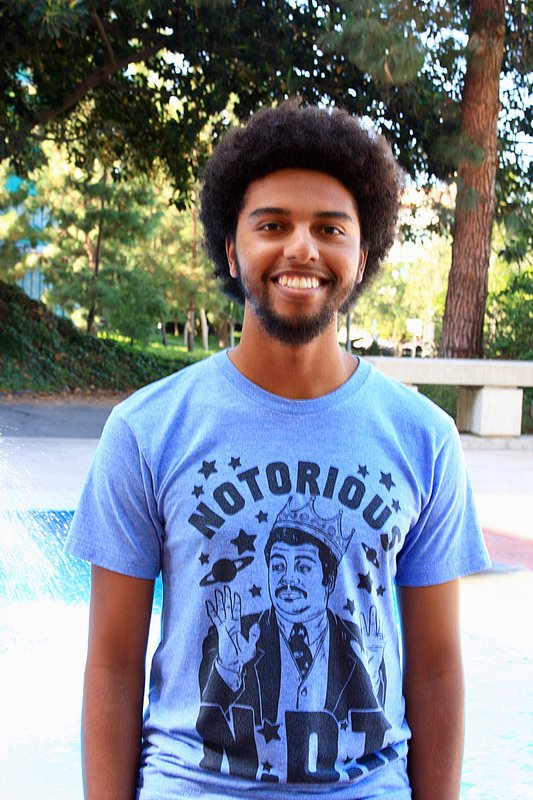